Thanks to the guys at Ohio Cycleworks, I had the opportunity to attend Interbike 2013 as a VIP guest. 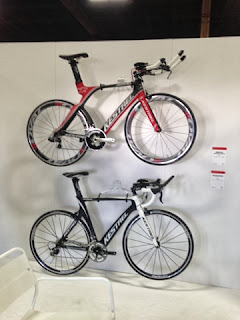 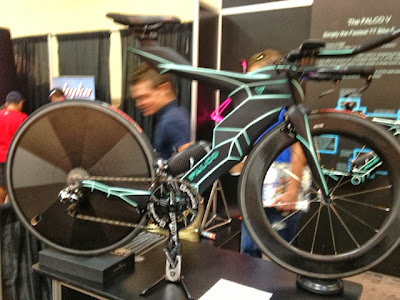 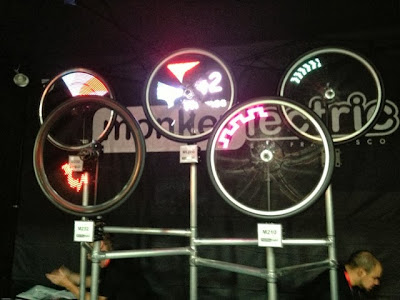 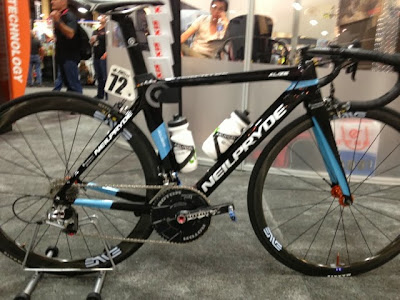 The Mandalay Bay convention center was packed wall-to-wall with bikes, bike parts, bike accessories, anything you can think of that might be bike related. The show spilled outside into the Mandalay parking lot, with a course to test ride new bikes and for racing in the evenings. 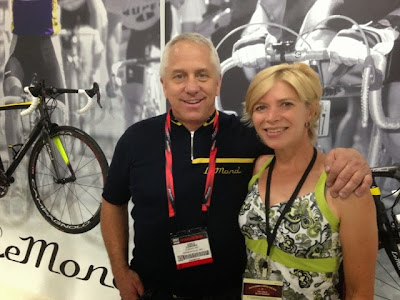 The highlight of the show, for me, was meeting Greg Lemond.

The next day, I got the rare opportunity to ride the Las Vegas Strip with almost 3000 other cyclists. Dave and I were looking forward to the Viva Bike Vegas Gran Fondo, especially since it took us through the stunning (and challenging) Red Rock Canyon loop. 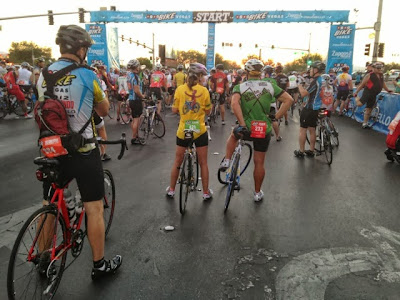 We opted for the Metric Century version, and I'm glad we did: the desert winds picked up around 9 AM, and soon became a steady 20 to 30 mph with 40+ mph gusts. A little too familiar for us! 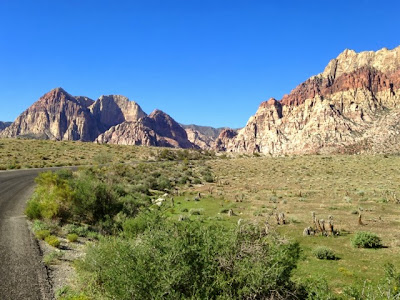 We had one more day left of our trip. When we realized that we weren't flying out until Monday night, we knew there was only one choice:
It was back to Death Valley for us, the place that owns my soul. 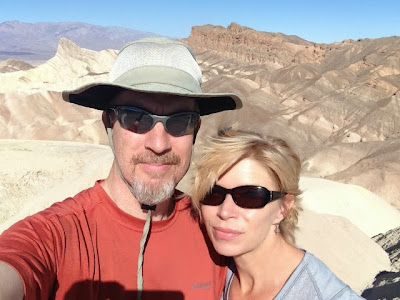 And as an added bonus, while we were having breakfast this morning in walks this guy sporting his Furnace Creek 508 finisher's jersey! 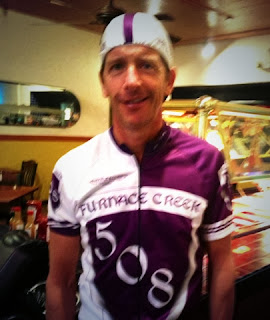 This is Danny Bonneville, who raced previously in a two-man team (Stubborn Bulls) with Patrice Pellerin. I know Patrice from past AdventureCorps camps. Crazy small world!

And now, getting ready to board a plane back to reality.

Sometimes I really hate reality.
Posted by Cyclophiliac at 7:55 PM No comments:

Road race season ends abruptly, and not a moment too soon

My race season ended suddenly and with little warning.

The last of the Eastern Ohio Time Trial 5-race series was derailed by road construction on the race route.

So, my 2013 road race season just came to an abrupt end. I'm not that disappointed. It was a wildly successful season, but I'm ready to stop.

Now I'm in the training phase known as 'Transition'. My workouts for the next two weeks are all the same: "Do whatever you want, but have fun doing it and don't take it too seriously".

After 5+ months of hard work and racing and getting up early every weekend, I'm ready for transition. Because when this training phase is over, I want to be ready to start this whole cycle over again, and continue the story next year.

Tomorrow morning I'm off to Las Vegas for InterBike (thanks to Ohio Cycleworks for the passes!) and the Viva Bike Vegas Gran Fondo on Saturday, where I'll hope to catch George Hincapie's wheel. Then the following weekend I'll be running my first (and potentially last) half-marathon in Akron.


And when I get back, I'll be transitioning into cyclocross mode, which means I won't be taking myself seriously for at least another couple of months.

Posted by Cyclophiliac at 3:57 PM No comments: