All the reasons to love the Chilly WIlly 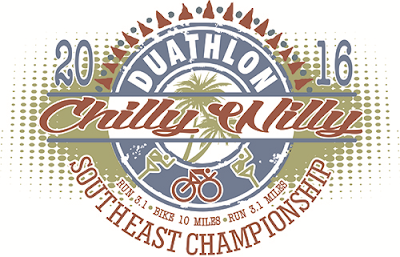 The Chilly Willy duathlon has become one of my favorite races. Here's why:

The 'Snowbird' thing
OK, the so-called 'Sunshine State' doesn't always live up to its name. We had one washout rainy day while we were in the Tampa area, a city that boasts 361 days of sunshine a year. Lucky us! And the hellacious wind patterns make for some interesting challenges, both on the race course and when you're trying to set your towel down on the beach. First world problems.

The Gulf Coast
Sea life, including dolphins, manatees, and sea turtles. Crazy cool bird watching. Fresh grouper. White, sandy beaches covered with cool shells, sand dollars, horseshoe crabs, coral - I even found a mermaid's purse. It may not have been any warmer here than it was in Ohio the weekend of the race, but I'll bet nobody back home was lulled to sleep by the crashing surf. Just saying'.

Outspokin Bicycles
We rent TT bikes from Val Tavenese's high end bike and multisport shop. Last year, I raced on a Cervelo. This year, it was a Quintana Roo. There's no reason to haul your own bike on a plane (or ship it) with a bike selection like this. The staff at Outspokin does a bike fit, too. We used the shop in Clearwater, which is en route from the Tampa airport to where we stayed in Treasure Island.

The Chilly Willy race course
The entire race takes place within the pristine Fort de Soto park. The run takes you along the beach. The cycling is on a fast, flat road closed to traffic. The entire length of the ride course yields a grand total of 3 feet of elevation gain.

The Competitors
The Chilly Willy is the largest duathlon in Florida, attracting some of the best duathletes in the southeastern US. The competition can be fierce, but this is also a race that attracts racers at all levels. Kind of like the Twinsburg Duathlon, for those of us who know and love that race here in Ohio. I like being able to race against a new field of competitors, and having to be in top form in early February adds a much-needed motivational component to indoor workouts.

The Race Organizers
Fred Rzymek, with support from his twin brother Mickey (RD Extraordinaire here in NEOhio). These guys are a class act, and this event is well-run:  huge volunteer support, great sponsorship, plenty of food and drink at the finish. Packet pick-up is at a fun outdoor adventure store called Bill Jackson's. This race is all about having a good time.