As long as Tim Marks continues to compete in the 508 races, I will make sure that I invite myself along on one of his ridiculous training rides.

A couple of weeks ago, I had the opportunity to tag along with Tim on his Prescott ride, which roughly follows the invitational Hill Fest route with another 25 miles or so tacked on. This was my third attempt, and I was ready.

I say 'attempt' because this is a stupid hard ride, and last year I didn't finish it. In fact, last year I kicked out on Monster #4 (or is it #5? I lose count), at mile 75, when the road sloped up to a brutal 23% slog. Pissed off, I walked to the summit and got back on, but I knew right then I was done. And 5 miles later, in a no-man's land of heat and rolling nothingness, I lost my will to live. Luckily,  uber-support maven Jill was there to hand me a cold beverage and clear out a spot in the back of the SUV for the remaining 40 miles. That was not a good day.

As any competitive and endurance athlete knows, this is a game that requires everyone to show up: lungs, legs, and head. Last year, I brought along the first two, but had zero motivation to complete this ride. Maybe I was smug (I've been known to be smug sometimes), thinking that, after a kickass road season, I was just going to fly through the 125 miles of 9000 feet of climbing. But it wasn't like that at all. It was a test of my will, and I failed it.

There's always some outside inTIMidation on this ride, and that doesn't help, either. I can always count on the regular Marks-isms along the route: "Mile 20! Only 105 more to go", or "Better catch your breath, because it's about to be taken away", or (my favorite): "What's in the forecast? PAIN!"

Tough events require some element of motivation. Luckily for me, I had created my own motivation by not finishing last year, which also earned me a top spot on Tim's list of most memorable training rides. If you know Tim, this is not the place you want to be.

This year, I was itching for that old familiar rivalry, because I was ready for it. It's subtle, and it's more or less friendly, but it's there. It's why we like to ride together, I think - we motivate each other to ride a little stronger, a little faster. It's the reason why I invite myself along on stupid rides like Dante's View or this one.

This time, there would be no quitting. Even with Monster #whatever looming large in my mind, I was determined to get to the top, even if I had to walk, and continue to the end.  I adopted Tim's 'Death Before DNF' mantra, and I meant it.

Somewhere around mile 90, when the road turned to gravel momentarily, I caught myself thinking "I'll never do this again."

But the next week, with Jill posting pictures of Tim and some friends riding the Saturday stupidity once again, it prompted me to text my second favorite person in the world to ride with, with this message:

"Are you cheating on me, Bitch? Don't deny it. I have pictures."

Yep, I'll be back next year, as long as Tim will be.

Posted by Cyclophiliac at 6:07 PM No comments:

This time it was mostly luck... 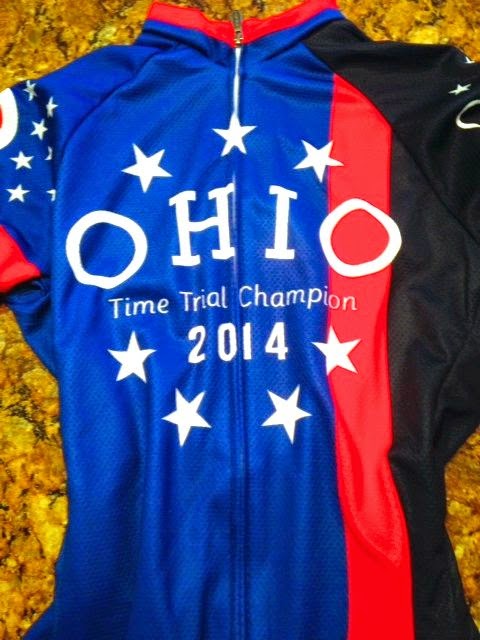 Not that it wasn't a tough race, and not that I didn't give it everything I had. I honestly just didn't have a whole lot, at least not compared to last year. But it was good enough to eke past the 2nd place gal by a blistering 4 seconds.

I'm not gonna write up the details. My coach, Rob Kelley, did that on his blog. 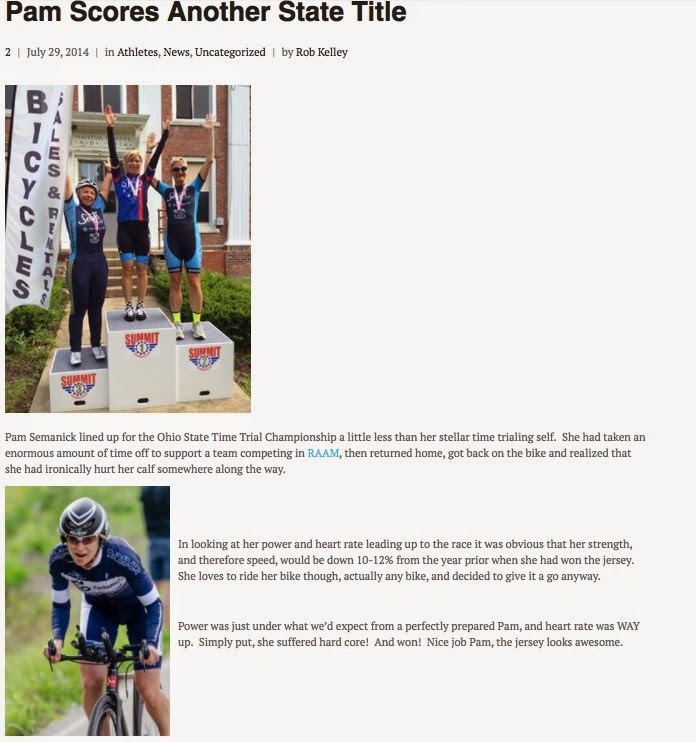 All I know is that next year, Chance will have very little to do at this race.

Next up: 126 miles of Tim Marks/pain. I'll let you know which was worse after next Saturday...